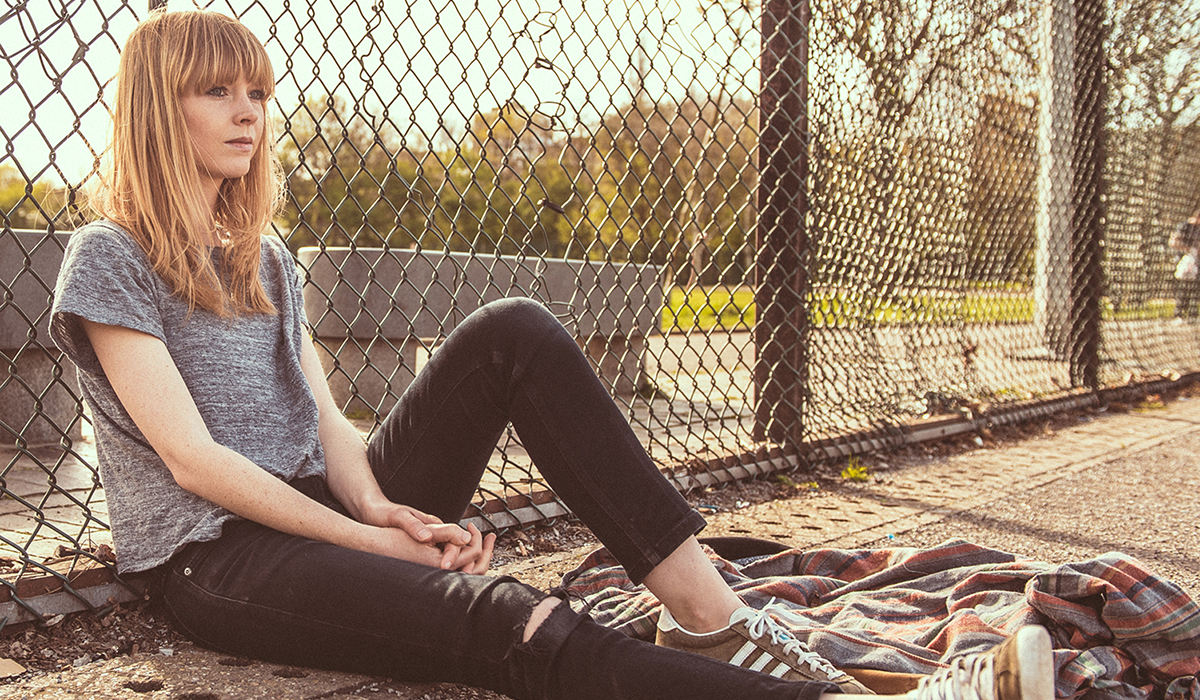 Being the couple of anime geeks that we are, my wife and I discovered Lucy Rose’s music through the opening song for the second season of Mushishi, a very contemplative and unconventional anime. After hearing the song (“Shiver”), we immediately went online to find out more about the artist and listen to her stuff.

Since then, Lucy’s music has been a part of our everyday playlists. And when we found out about her trip through South America and Mexico, we were very exited about seeing her live for the first time. Up until that point, we hadn’t bothered to dig up any information about who Lucy was, or where she stood in the music industry. We hadn’t even watched most of her music videos. For all we knew, she was a renowned artist that could have easily toured in larger venues, so we were lucky she was playing for free at such small and personal places.

But we found out that she was funding the trip herself and organizing it with her fans’ help! It surprised us that she was such an easy-going and down-to-earth person. On some level, we had assumed as much because her songs were really easy to listen and relate to, but we confirmed it when we started watching her video interviews and live performances on YouTube.

So yesterday was finally the day. We had decided to go to her second show in Mexico City since it seemed like a more personal and comfortable venue both for her and for us. Specially since the first show was at a more renowned bar, and she was sharing the stage with another band. The only problem was that being a free show, we knew we had to prepare and make sure we arrived early to get a good spot, closer to the stage.

So, at around 7pm, while we were waiting in line outside the venue, Lucy came strolling down the street along the people who were probably accommodating her. To tell you the truth, we wouldn’t have noticed her if it wasn’t for some of the fans that suddenly shouted “Ahí vine Lucy!” (“Here comes Lucy!”). We were surprised again, at how normal she looked, and how easily it would be for her to blend in, practically in any crowd of young people.

We had to wait another hour before going in, and once we were inside, we noticed the place was a really cosy bar, but the stage was really small. My wife is not very tall, and even though there weren’t that many people ahead of us, by the time we got near the stage it was clear that she wasn’t going to see anything from that spot.

Suddenly, I heard a voice speaking in english right next to me. I turned around and again, to my surprise, noticed that Lucy was standing right there, asking us to sit down and pass the word. This time I was absolutely baffled that she could have gone unnoticed for so many people, including me. And it’s not that I’ve come to expect otherwise from the artists I listen to, but Lucy was just so natural and unpretending that it was really refreshing to see someone so talented enjoy standing right next to her fans.

Fortunately for us, and specially for my wife, we were going to see the concert just fine, sitting on the floor rather than standing. And we were pretty close to the stage too!
By the time everyone had gotten in, the bar was absolutely packed with people. When it was time for Lucy to get to the stage, she no longer went unnoticed and everyone was cheering for her.

Still, you could clearly see how humble (and perhaps even shy) she was when she got to the stage and grabbed her guitar. But by the time she started singing, her voice was so clear and intense my wife and I couldn’t believe we were listening to the same person. The way she sings is the complete opposite of the way she behaves. Her voice is impossible to overlook, it has an amazing presence that could easily fill up any room with a warmth that I don’t think I’ve felt before. It paralyzes you and shakes you up all the same, fills you with joy and then melancholy in an instant. I honestly don’t know how long she’s been singing, or if she ever took any professional singing lessons, but she has one of the most beautiful and versatile voices I’ve heard.

And we already knew that from listening to her music, but witnessing her play live, and see such a talented voice come out of someone so little and unpretentious… it was something else.

We confirmed what a great person she is when she joked with us between songs, took our song requests, and thanked us, her fans, from the bottom of her hearth. She said her whole trip’s point was to thank us personally, and I really wanted to thank her back for going through all the trouble just for us.

She ended up playing a lot of her songs, even though she said that some of them were hard to play without a band. Songs like “Lines” and “Our Eyes” were certainly different from the album versions, but she offered her own solo take on them and it was very interesting to see that, even when those songs are perhaps some of her most upbeat, she flawlessly converts them into a more personal and melancholic experience when playing solo.

The crowd loved what I think are her most popular songs, like “Middle of the Bed” or “Bikes”. But it was nice to see that everyone was still singing along when she played some of the more obscure tracks included only in her deluxe versions, like “Scar”.

All the while, she let us know how happy she was for playing in front of a crowd that liked her songs, and her humility and unpretentiousness was made all the more clear each time she joked and told us short stories about her previous performances in her homeland or during her current backpacking trip. James Bond jokes, free tattoos from fans in Brazil, and even crazy fans going on stage and dancing La Macarena… with all of her anecdotes it was clear that she felt in confidence. She was treating us as friends, and that was truly refreshing.

Near the end of the concert, she played “Shiver”, the song that introduced us to her and also a fan favorite. To me, “Shiver” has particularly personal meaning. Apart from being her most melancholic song (at least in my opinion), it takes me back to the beginning of 2014, when the grief for losing my brother filled my days. Watching the first episode of Mushishi‘s second season, knowing that it was something I would never be able to share with him again, and listening to that song full of sadness and regret… it really got to me at the time. Perhaps I’ll write more about the specific connections I made when listening to it, but suffice it to say that listening to “Shiver” still takes me back to the time when I couldn’t go a day without constantly thinking that the world had permanently changed for worse.

But all of that melancholy wasn’t enough to eclipse the joy of last night’s concert. I’m sure that Lucy’s had plenty of special experiences during her trip, and playing last night for us isn’t probably one of the top five, but I really hope that she knows that for us, it meant a lot.

Thank you Lucy, for visiting us and for all your music. Can’t wait for the next time!